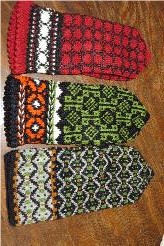 Manitoba Women in Agriculture and Food have organized an online meet up for men and women working in agriculture and agri-food processing.  AgChat is the way to network to build long-lasting connections which are essential in our sector but not easy to do. Conferences offer an opportunity for networking but building long-term connections afterwards is not easy. AgChat will be held on the 4th Monday of every moth, 7-8 pm CST with the first one for this year on January 25, 2021.  AgChat is free in January but it will become part of the membership benefits.  The annual membership is $40 Canadian. After February, if you want to get a feel of AgChat, you are welcome to attend for free one time.

Sustainability and Gender Equality in Agriculture: How do voluntary standards fit in?

Join us on Wednesday, February 10, 2021 from 10:00 – 11:00am (CST) for the International Development Week edition of Be the Change, MCIC’s SDGs event series for a conversation with Cristina Larrea and Ege Tekinbas of IISD.

IISD is an organization that provides practical solutions to the challenge of integrating environmental and social priorities with economic development. IISD reports on international negotiations, conducts rigorous research, and engages citizens, businesses and policy-makers on the shared goal of developing sustainably.

The webinar will present global trends on sustainable production and consumption in several agricultural commodities leveraging Voluntary Sustainability Standards (VSSs), looking at the enabling and limiting factors and suggesting potential way forward for growth-. The session will also unfold how VSSs can contribute to advance sustainable production practices in agriculture by preserving ecosystems and biodiversity while contributing to advance gender equality.

FCC Women in Ag Summit is a free, virtual event that will give you the confidence to take your operation to new heights and boost your leadership skills. Hear from inspiring speakers, network and make powerful connections to build personal and professional growth. Tuesday, March 9, 2021. 2 – 4:30 p.m. EST. (Networking starts at 1:30 p.m.)

Where are the women in food insecurity analysis?

Women are more likely to experience food insecurity than men, and the pandemic has exacerbated this divide. Women continue to shoulder more household responsibilities, but also now bear the burden of increased poverty and health risks.

But the exact extent to which women experience more hunger or malnutrition than men is not clear, experts say.

But gaps remain in making gender-disaggregated data a standard part of large-scale food insecurity analysis at the national and international level, according to Sarah Fuhrman, a humanitarian policy specialist with CARE International. Donors could step in to create financial incentives for practitioners collecting this information, in order to jump-start progress, she said. But interest in the gendered effects of the pandemic has thus far not matched with available funding or commitments, Fuhrman continued.

Kaze Living is a D2C brand that provides curated selection of safe, fresh and pesticide-free food to consumers’ doorsteps. The team partners with Hydroponic farms and other greenhouses for the same. Read more at:

Based in Delhi and Nainital, the startup Red Otter Farms specialises in Aquaponics, a sustainable agricultural practice that involves raising fish and other aquatic life form to feed their discharge to the plant.

Erin Armstrong has been able to work in multiple positions in multiple ag and food sectors and work with breeders, researchers, industry folk, producers and government people. Ultimately, they all want the same thing, said Armstrong — what’s best for Canadian agriculture.

The CRC program recognizes that diversity is indispensable to research excellence and is committed to working alongside Canadian institutions to achieve its equity targets and reflect the diversity of Canada’s population by 2029. Among the 259 Canada Research Chair recipients announced in December 2020, 26% self-identified as racialized minorities, 5% as Indigenous Peoples, 10% as persons with disabilities and 51% as women.

The CRC Program provides funding to universities to recruit and retain Canada’s knowledge leaders. Tier 1 chairs are acknowledged by their peers as world leaders in their fields and are appointed for seven years, receiving $1.4 million in funding over their terms. Tier 2 chairs are exceptional emerging researchers in their fields, appointed for rive years, receiving $500,000 in funding over their terms.

The power gap is as real as the women enduring it

The first equal pay legislation in Canada passed in 1951, making it illegal to pay men and women in the same job different salaries. Women overtook men among university graduates three decades ago. Today, women represent just under half of the workforce. And yet, men still dramatically outnumber, outrank and out earn women.

Two and a half years ago, the Globe and Mail set about trying to understand why. What we found is that inequities run much deeper than compensation or a lack of female CEOs.

There is a power gap in the modern work force. In an unprecedented analysis of hundreds of public sector salary records, The Globe has found that women continue to be outnumbered, outranked and out-earned by men not just at the very top, but on the way to the top and in the middle.

The Globe collected salary records from 244 entities in four key pillars that shape Canadians’ lives – 82 universities, 25 cities, seven provincial governments and 130 public corporations – and then married this information with gender-probability statistics (about 90 per cent of first names in Canada are associated with a particular gender at least 95 per cent of the time). The Globe’s analysis is the first of its kind and the most detailed picture available of where women stand in the Canadian workplace. (We targeted the public sector because this is the only workplace salary data available to scrutinize.)

“Request A Woman” in STEMM directory

Request A Woman in STEMM directory is a database created by 500 Women Scientists in January 2018 to help address systemic biases women and gender minorities experience in science, technology, engineering, mathematics and medicine (STEMM). In just over two years, Request has grown to over 14,000 members from over 140 countries, a testament to the need and potential of this directory.  We are proud to present a newer, better and more inclusive version of the directory.

This is a resource for journalists, educators, policy makers and others seeking the expertise of women and gender minorities STEMM professionals.

The Gage search platform is the world’s first and largest directory of women and gender minorities in STEMM and serves as a valuable resource for people seeking the expertise of underrepresented voices in these professions. Origin of the name: The word Gage is a nod to the “Matilda Effect” and named for suffragist Matilda Gage who wrote about how women scientists had been erased from history over the course of the 19th century.

Despite playing multiple key roles in food systems — as producers, processors, sellers, consumers and preparers of food — women’s voices are often not heard. Women are often absent from spaces where decisions are made that impact their lives, including those relating to food systems and policy at different levels. Where they are present, they are often unable to speak up, and when they do, they are often not heard. When decisions are being made that impact women, especially those from marginalised groups, women’s representatives with substantive voice and leadership need to be included beyond just being merely present, but as equal leaders and decision makers.

This paper presents a collection of cases where, with support from the Sustainable Diets for All (SD4All) programme, women demonstrated enhanced advocacy capacity. SD4All partners worked with them to develop and harness their individual and collective capacities, and channel them towards the change they wanted to see. As activists, educators, advocates, knowledge-bearers, decision makers, researchers and leaders, women were themselves influencing other food system actors, including powerholders and duty-bearers.

The paper also highlights key lessons emerging on what worked well in supporting women’s advocacy capacity, that can be used to inform future work.

The Routledge Handbook of Gender and Agriculture provides a cutting-edge assessment of the field of gender and agriculture, with contributions from both leading scholars and up-and-coming academics—including from CGIAR—as well as policymakers and practitioners.

The Routledge Handbook of Gender and Agriculture covers major theoretical issues as well as critical empirical shifts in gender and agriculture.

Gender relations in agriculture are shifting in most regions of the world with changes in the structure of agriculture, the organization of production, international restructuring of value chains, climate change, the global pandemic, and national and multinational policy changes. This book provides a cutting-edge assessment of the field of gender and agriculture, with contributions from both leading scholars and up-and-coming academics as well as policymakers and practitioners.

The handbook is organized into four parts: part 1, institutions, markets, and policies; part 2, land, labor, and agrarian transformations; part 3, knowledge, methods, and access to information; and part 4, farming people and identities. The last chapter is an epilogue from many of the contributors focusing on gender, agriculture, and shifting food systems during the coronavirus pandemic. The chapters address both historical subjects as well as ground-breaking work on gender and agriculture, which will help to chart the future of the field. The handbook has an international focus with contributions examining issues at both the global and local levels with contributors from across the world.

Chapter 13 of this book has been made available as Open Access under a Creative Commons Attribution-Non Commercial-No Derivatives 4.0 license. Gender and the Political Economy of Fish Food Systems. https://tandfbis.s3-us-west-2.amazonaws.com/rt-files/docs/Open+Access+Chapters/9780429199752_oachapter13.pdf